Words spoken by Horartio to describe Hamlet’s father’s ghost. In this Shakespearian play the ghost is seen but not believed and one is left to wonder if it is just the seeing of it that makes it real – its existence totally dependent on the desire of the viewer to see it. The ‘mote’ or speck of dust in the eye of the mind of the beholder both creates the illusion and convinces us that what we see is real. Something just out of the corner of our minds eye, those little flecks magnified by our desire to see more clearly. Yet the harder we look the more blurred our vision becomes.

A ‘mote’ is both a noun and a verb. Middle English with Indo-European roots, its early Christian origins and Masonic overtones describe the smallest thing possible and empower it with the ability to conjure something into being (so mote it be…). This dual state of becoming and being (even if infinitesimally tiny) render it a powerful talisman in the context of nano technology.
Throughout the last Century we were reintroduced to the idea of an invisible world. The development of sensing technologies allowed us to sense things in the world that we were unaware of (or maybe things we had just forgotten about?). The invisible ‘Hertzian’ landscape was made accessible through instruments that could measure, record and broadcast our fears and desires. Our radios, televisions and mobile phones revealed a parallel world that surrounds us. These instruments endow us with powers that in previous centuries would have been deemed occult or magic. 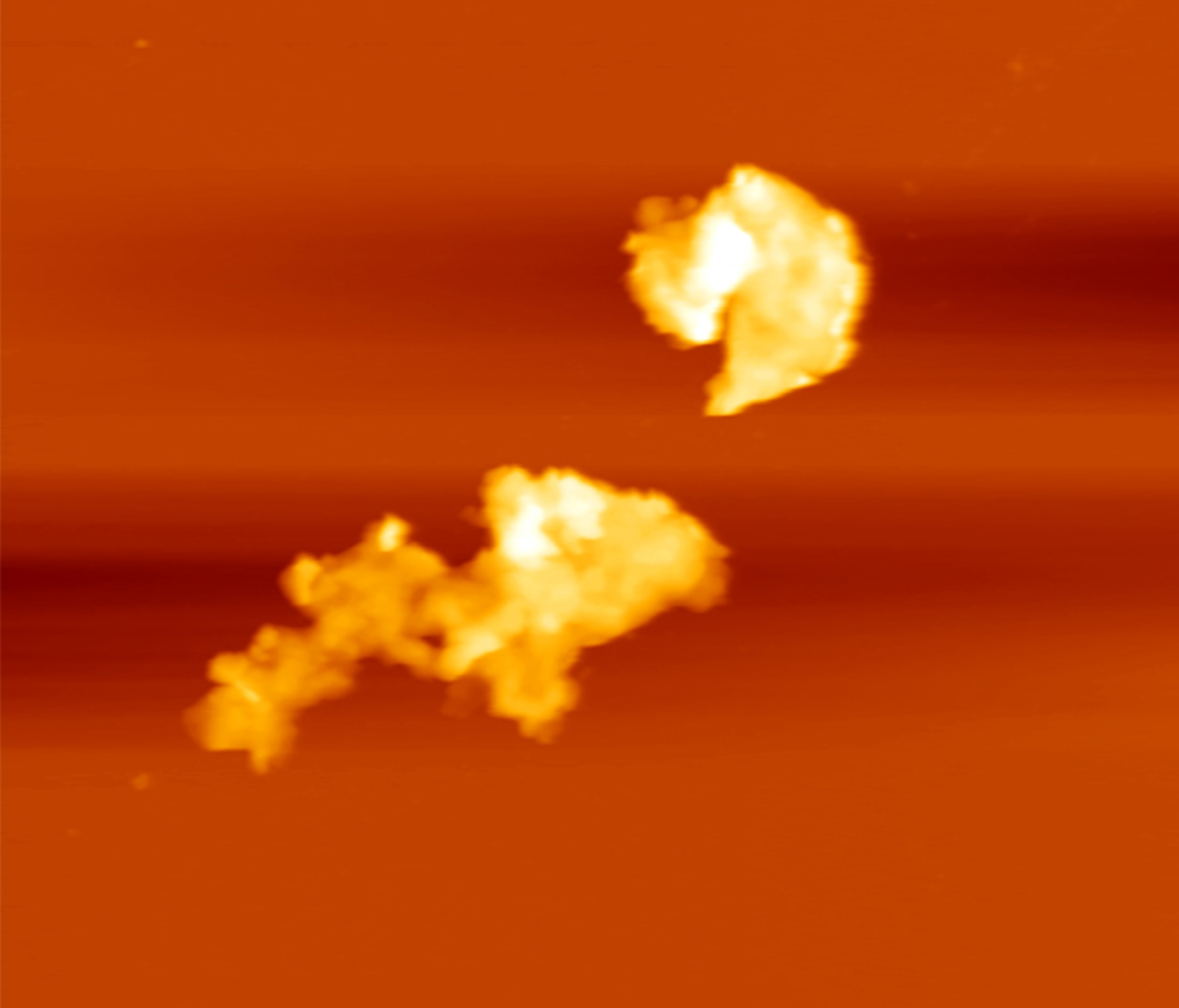 Our Twenty First Century magic instruments mark a dramatic shift from the hegemony of the eye to a reliance on technologies that do our seeing for us – things so big, small or invisible that it takes a leap of faith to believe they are really there. Our view of the ‘real world’ is increasingly understood through images made of data, things that are measured and felt rather than seen. What we know and what we see is not the same thing – if you see what I mean? The worrying thing is that for a long time we thought the invisible world was made of layers of transparent electromagnetic fields, now through technologies such as the Atomic Force Microscope we are faced with the reality that the ‘invisible’ is actually what constitutes our material world, we can reach out and touch it!

It is our relationship with these technologies that troubles the mind’s eye. Our ability to shift scales, from the smallest thing to the largest thing has been described as the ‘transcalar imaginary’2. In this context astronomer Carl Sagan described the Earth as a “mote of dust, suspended in a sunbeam.”3 The famous image taken from Voyager 1 in 1990 shows the planet suspended in an infinite Universe. A mote that seems so large to us, but which is in fact so cosmologically small, disturbs our sensibilities and desire for order in our world. 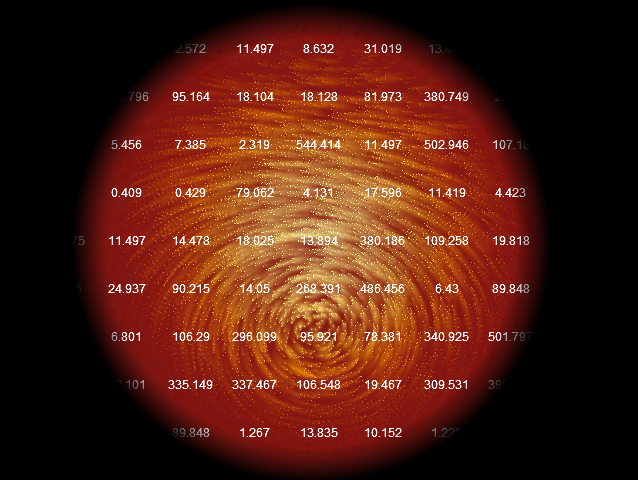 About A Mote it is…:
A Mote it is… is constructed from data captured by an AFM (Atomic Force Microscope) from a ‘mote’ or piece of dust extracted from the artist’s eye. The whirlwind of data projected within the gallery is rendered invisible by the gaze of the viewer. The more we look the more invisible it becomes – look away and it re-emerges from the maelstrom of data. A ghost of the mote can be seen in viewers peripheral vision but never head on. – if you see what I mean? 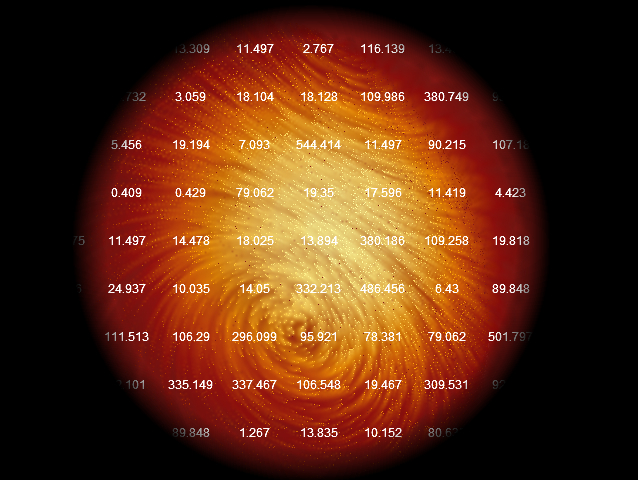 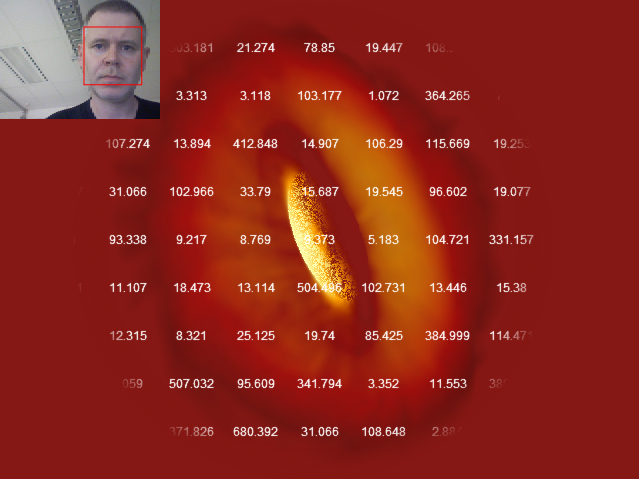 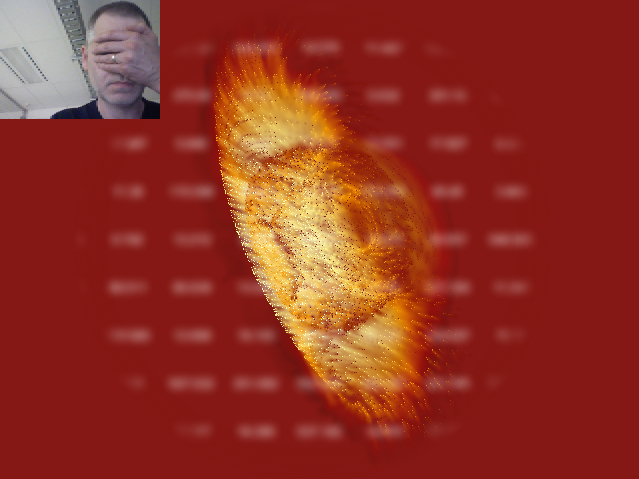 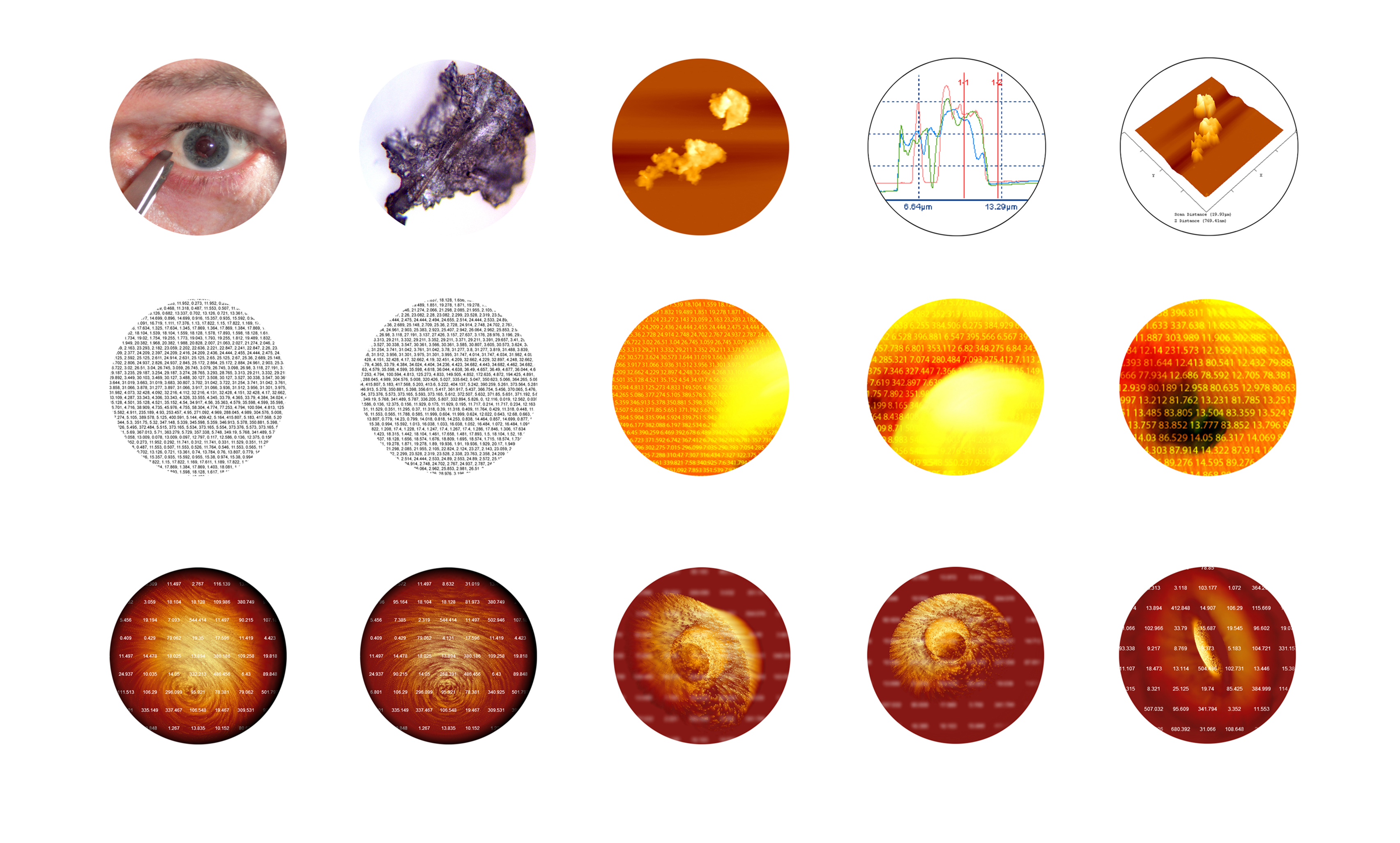